In Vientiane, we can find 12 temples which have some religious and historical significance.  I will then go walking around the city and follow this itinerary on the first day:

This is the oldest temple in Vientiane and it was built from 1819 to 1824 on the order of the king Anouvong. This buddhist temple is the only way which remained safe from the Siamese army when they sacked Ventiane.

Then, this temple is composed of different buildings which are in very good condition.

This is an ancient religious and royal temple which has been transformed in Museum.

The entrance costs 5000 kips and it is possible to buy different souvenirs there.

Inside; it contains a collection of Buddha statues in bronze.  It is in this temple that the Emerald Buddha was located and it is now in Bangkok. 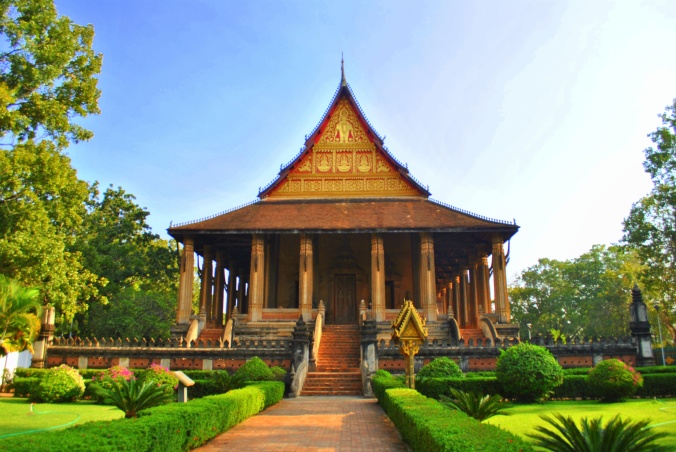 This Buddhist monument with a 35m height is the most sacred of the country as it apparently contains a hair from Buddha.

It is located 3kms away from the city centre in the direction of the North and it takes 10 minutes to get there in bicycle from the centre.

There are 4 other Buddhist temples around which are more modern and can be visited.

This is the “Arc de Triomphe” of Laos dedicated to the people who have fight against France for the independence of the country.

It is located in the heart of Vientiane and there is a park around the monument. 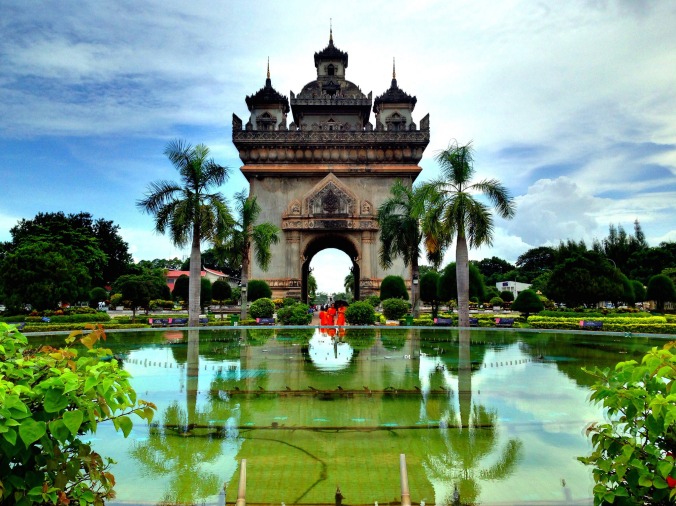 Feel free to leave me any comments about your views on this project.

If you have any questions, I would be more than happy to answer and help you.

Time Left Before the trip